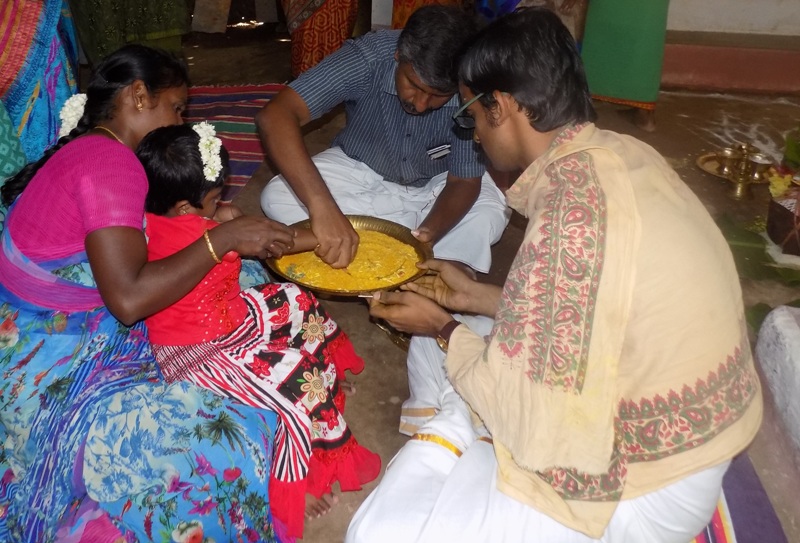 VIDYARAMBHAM-
Vidyarambham is a Hindu tradition observed on Vijayadashami day mainly in Tamil Nadu, Kerala and Karnataka, where children are formally introduced to learning of music, dance, languages and other folk arts. It involves a ceremony of initiation into the characters of the syllabary
The ceremony of Vidyarambham (Vidya means “knowledge”, arambham means “beginning’) for children is held in temples, schools and in houses. Initiation into the world of syllabary usually begins with the writing of the mantra
Initially, the mantra is written on sand or in a tray of rice grains by the child, under the supervision of a master who conducts the ceremony (usually a priest or a guru). Then, the master writes the mantra on the child’s tongue with gold. Writing on sand denotes practice. Writing on grains denotes the acquisition of knowledge, which leads to prosperity. Writing on the tongue with gold invokes the grace of the Goddess of Learning, by which one attains the wealth of true knowledge. The ritual also involves an invocation to Lord Ganapathy for an auspicious start to the learning process.
Vidyarambam was held in SVVM on the vijayadasami day (30.092017) with the great poojas and new students were given admissions on that day. 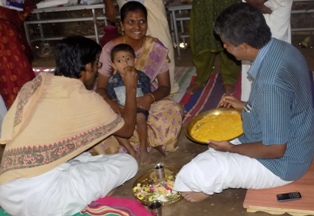 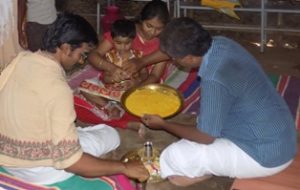 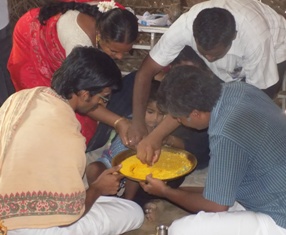