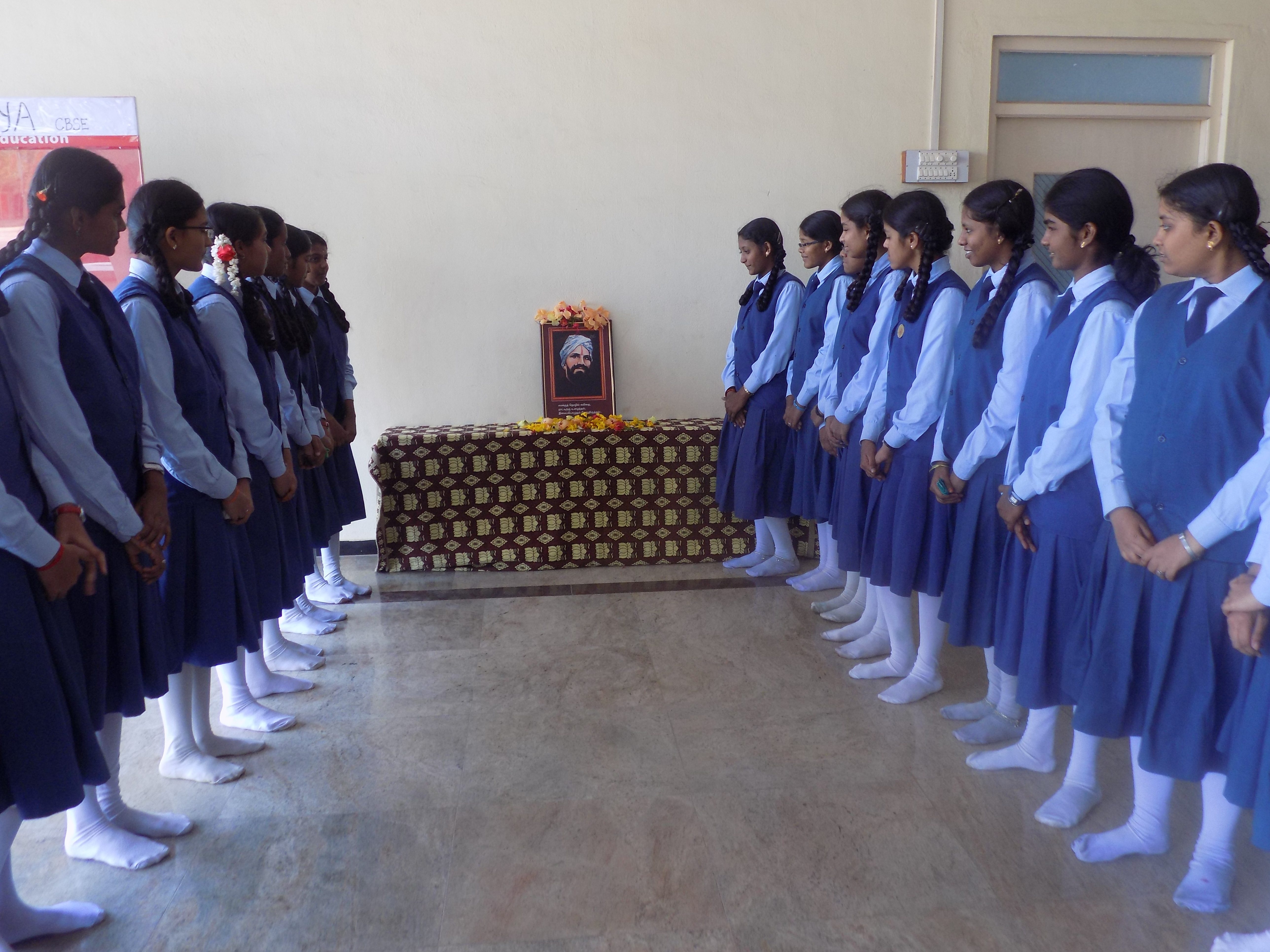 Birth Anniversary of Bharathiyar
Chinnaswami Subramania Bharati (11 December 1882 – 11 September 1921) was an Indian writer, poet, journalist, Indian independence activist and social reformer from Tamil Nadu. Popularly known as “Mahakavi Bharati”, he was a pioneer of modern Tamil poetry and is considered one of the greatest Tamil literary figures of all time. His numerous works were fiery songs kindling patriotism and nationalism during the Indian Independence movement

134th Birth Anniversary of Mahakavi Subramaniya Bharathiyar was celebrated.
Rich tributes were paid to the legendary poet Subramania Bharathiar on the occasion of his birth anniversary by the inspired speech given by our Tamil faculty.