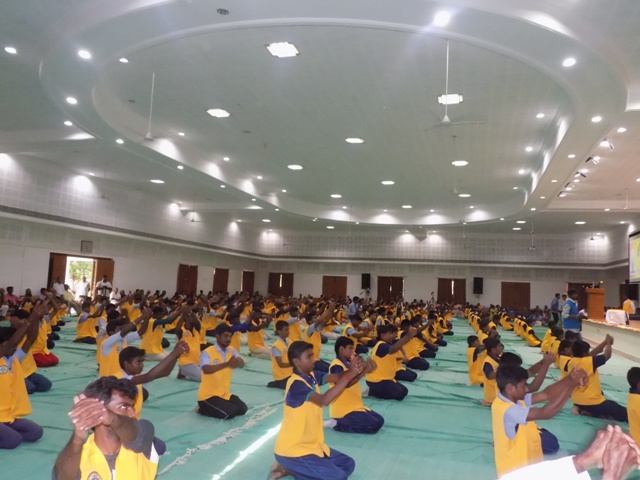 International Yoga Day-
Yoga is an ancient physical, mental and spiritual practice that originated in India. The word ‘yoga’ derives from Sanskrit and means to join or to unite, symbolizing the union of body and consciousness.
“ Yoga is an invaluable gift of India’s ancient tradition. It embodies unity of mind and body: thought and action; restraint and fulfillment; harmony between man and nature; a holistic approach to health and well-being. It is not about exercise, but to discover the sense if oneness with yourself, the world and the nature. By changing our lifestyle and creating consciousness, it can help in well-being. Let us work towards adopting an International Yoga Day”. The utterance of these words in the United Nation General Assembly(UNGA) by the honorable Prime Minister of India Shri.Narendra Modi marked the start in the culture of a special observance of Yoga at the international level. First executed in the year 2015, it shall be observed year after year on the 21st day day of June. The 21st because , it is the longest day in the year in the northern hemisphere shares a special significance in many parts of the world.
Our students at school have been taken a Special effort in understanding and promoting the invaluable prominence of the age old Practice. All the students of the school participated in a special gathering to perform ‘ Asanas’ as per the ‘Aayush Protocol’ (Syllabus for Yoga as recommended by the India Government.) The idea is to spread more than awareness , a fiery passion to practice this ancient art. Apart from this intra-school gathering, the best performers also participated in a gathering at the Arivuth Thirukovil , Aliyar. This gathering was preceded by Mr.Paari , IG , Coimbatore , who went on the talk about the Prominence of Yoga and our students’ excellency.