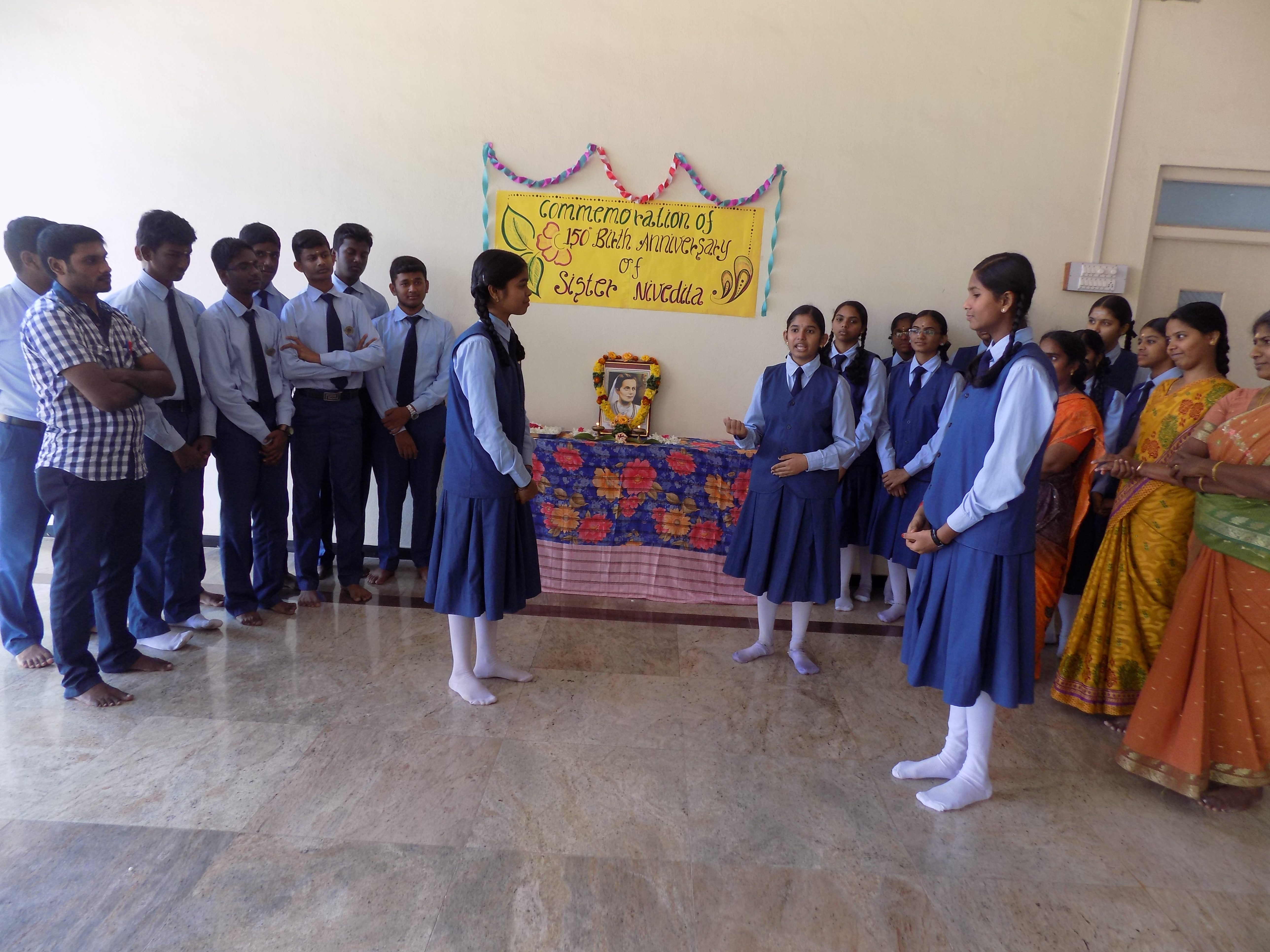 The year 2016 is the 150th birth anniversary of Sister Nivedita.

A BRIEF LIFE SKETCH
Born as Margaret Elizabeth Noble, she is more popularly known as sister Nivedita. She was an Anglo-Irish social worker in London and was foremost amongst the disciples of Swami Vivekananda. She came across Swami Vivekananda in the year 1895 in London. It was the Swami, who gave her the name “Nivedita”. The word Nivedita is used to refer to someone who is highly dedicated to the almighty God and His cause.

Works
In the year 1898, Sister Nivedita established a school for girls, who were deprived of even basic education. She was instrumental in various altruistic activities. Her aim was to bring about an improvement in the lives of Indian women belonging to various social classes and castes, as desired by Swami Vivekananda. She tried to bridge the gap and put an end to the caste distinctions. Throughout her life, she worked hard for serving the people and society in India. Sister Nivedita followed Swami Vivekananda’s instruction to the letter till she breathed her last :
“Be thou to India’s future sons, the mistress,
servant, friend in one.”

In our multicultural society, we need to inculcate and enforce the universal values of  brotherhood, tolerance, peace, patriotism and solidarity in our children. Keeping this in mind we had a special assembly to commemorate the birth anniversary of  Sister Nivedita. Students crammed  up themselves for essay competition .It was a very significant programme. The enthusiasm of young girls was very encouraging.

Such programs will surely create positive awareness in younger generation about contribution of Sister Nivedita towards awakening of India especially towards upliftment of women.